In March 2016, Gurkha Cleaning was awarded yet another ISO 9001: 2008 Quality Management System Certificate (our fourth in a row) which signifies our commitment to continuous improvement in quality management and trace-ability.

The ISO 9001:2008 certification promotes the development of continual  improvement, customer satisfaction trace-ability and  best practices within our organisation.  We aim to provide our clients with the highest quality service.

The ISO certification means clients can have increased confidence in our company and the service provided.

Gurkha Cleaning is delighted with the business ISO 9001:2008 certification.  It further supports our commitment to provide our clients with an unrivaled system and service.

So now we are coming towards the end of April and donations of both clothes and money have been coming in thick and fast since the earthquake last year.

Obviously the aftermath of the earthquakes will last for a very long time and we take the opportunity of thanking all our customers and friends for their continuing support.

The money that we are sending directly to Nepal is going towards the re-building of schools which were devastated in the earthquake.  This will be an ongoing project for some while yet.

We, as a company whose employees are mostly Nepalese, ensure that 100% of the money and other donations are sent out to Nepal.

From Gorkha, Nepal has come this recent message:

“Many thanks to the Nepalese Ladies Community Tonbridge, Gurkha Cleaning and Laundry Company and the Nepalese Community in Tonbridge and Pleven Medical University for giving me and my team a wonderful opportunity to help our fellow country people who are suffering due to the recent earthquakes.” 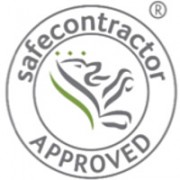 We are pleased to be ‘Safecontractor’ Approved 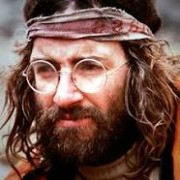 il Mackay were appalled by the scenes in Nepal after the earthquakes there over the past months.

On July 12th 2015, they will be cycling in support of Community Action Nepal, fronted by Himalayan climber Doug Scott.

Douglas Keith Scott CBE, known as Doug Scott, is an English mountaineer noted for the first ascent of the south-west face of Mount Everest on 24 September 1975. Scott and Dougal Haston were the first 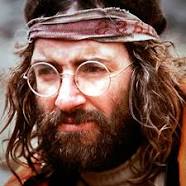 Britons to climb Everest during this expedition.  He is also founder of charity Community Action Nepal and first Briton to climb Mount Everest.

CAN is medium sized and they will be concentrating resources on getting the schools and health centres they have already established, back in business.

Box Hill is 170 meters high, so if they make it up there 50 times in one day that would equate to the height of Everest.  Strictly speaking, they are not going from sea level, but the idea of doing it 85 times in one day apparently did not appeal, and they say that they are very mediocre cyclists!  It will still take them somewhere between 11-12 hours if their legs and back hold up…..

Any support at all would be very well received!  Please go to www.justgiving.com/Neil-Mackay4/ 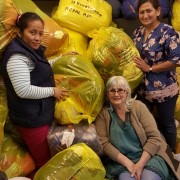 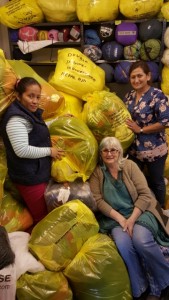 Among the welcome mountain of donations!

We have all been affected by the terrible earthquake in Nepal and our customers have been amazing in their generosity in donating clothes, blankets etc., for distribution in Nepal.

We are still collecting clothes.

Meantime, we would like to thank the Sevenoaks Chronicle for a recent article which gave detail of the work we have been carrying out to help in the relief work.

We should like to take the opportunity to thank all our customers for their immense fund raising efforts and everyone who has made donations.

Reina has identified a village outside of Kathmandu which has been devastated (Gorkha District No. 1).  The houses have all gone so we have recently sent out a shared donation with the Tonbridge Nepali Ladies Committee approximately £4,873.00 to the Village Development Committee in Nepal who are also family members of local Tonbridge and Sevenoaks Nepali families.  This has purchased basic rations of rice, oil and salt.

We are in a good position with our network of family members in Nepal to ensure everything, all the money and items, go directly to people on the ground.

Thank you again to everyone who has helped and is continuing to help the people of Nepal at this difficult time.  As you will know, a second earthquake occurred bringing down houses that were in a precarious situation from the first quake.  Needless to say the work will carry on to get aid to these areas as often as we can. 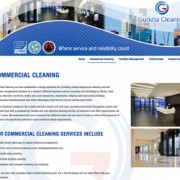 Here is the new website! We very much hope you like it and will find the new easy navigation simple to use.

The new site is fully responsive to smartphones and will display perfectly on these and PC’s.